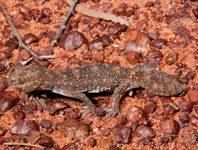 A new species of Synchroa Newman from China (Coleoptera: Synchroidae)

The family Synchroidae Lacordaire, 1859 is a small group of beetles with an elongate, tapered, and slightly flattened body and brownish to black coloration. Members exhibit morphological similarity to some genera of Melandryidae, but can be distinguished based on larval morphology and the unmodified apical maxillary palpomeres. They are widely distributed throughout the Oriental, Palaearctic and Nearctic regions and possess the highest species diversity in Eastern Asia (Nikitsky 1999; Hsiao 2015). Synchroa bark beetles had been viewed as members of the Melandryidae for a long time, but were treated as an independent family in Böving & Craighead (1931). Crowson (1966) followed Böving & Craighead’s treatment and suggested close relatives among the members of Zopheridae and Stenotrachelidae based on both larval and adult characters. Currently, only 8 species distributed amongst three genera have been described in this family: Mallodrya Horn, 1888 is a monotypical genus from North America; Synchroa Newman, 1838, the nominal genus and the largest genus widely distributed in North America, east Palearctic region and the Oriental region, including 5 species; Synchroina Fairmaire, 1898 is from the Oriental region and includes two species. (Nikitsky 1999; Hsiao 2015).