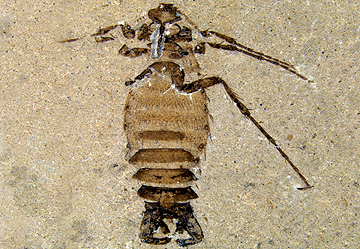 “Palaeoentomology”: A modern journal for a science dealing with the past

Palaeoentomology started in the late XVIIIth century, shortly after the 10th edition of Linnaeus’ Systema Naturae (the foundation of modern taxonomy), when papers on the curiosities of insects entombed in fossil resins were published. The beginning of XIXth century (with the growing interest in geological sciences and prehistoric life) witnessed the first attempts to study and describe insects from sedimentary rocks. This discipline then developed during the XIXth and beginning of the XXth centuries; and resulted in some major works and reviews (summarizing the knowledge on fossil insects and other terrestrial arthropods) published in the geological and biological literature. The XXth century was a period of relatively slow but constant development in palaeoentomology, during which the famous “Treatise on invertebrate paleontology: Arthropoda 4. Superclass Hexapoda” (cataloguing the knowledge on fossil insects) was published (Carpenter, 1992). At the beginning of XXIst century, palaeoentomology grew significantly and exponentially; and two major manuals (“History of insects” and “Evolution of the insects”) were published (Rasnitsyn & Quicke, 2002; Grimaldi & Engel, 2005, respectively). These manuals helped to encourage more students and researchers to work on fossil insects and other terrestrial arthropods.